May 5, 2015 In Energy, Geology, Mining, Science By Michael Ruffolo

There’s a high energy craze sweeping the nation. Long shafts are penetrating deep into dark crevices with explosive results, and concerned mothers everywhere are making sure their children stay indoors and as far away from it as possible. The new fad is called fracking, and unfortunately, this isn’t some questionable sex position out of a Cosmo magazine. Rather, it’s a method for extracting natural gas from the earth’s crust, and we’re now realizing how dangerous this mining practice is to our health.

Hydraulic fracturing combines two existing mining techniques: vertical and horizontal mining. A well will be drilled up-to 4km into the earth’s surface, and once proper depth is reached, horizontal drilling will commence (perpendicular to the vertical shaft). Along the horizontal path of the well, highly pressurized “fracking fluid” (a mixture of majority water, sand, and chemical additives) is ejected into shale deposits. This disturbance frees up natural gas trapped within the shale, which then flows to the surface to be extracted, processed, and sold(1).

With enormous shale gas reserves found under the crust of numerous countries, fracking is seen as a viable proxy for oil reserves, and is being used as an energetic buffer as we move towards renewable energy sources. Along with the hope of satiating our energetic demands, fracking is furiously stimulating the economy. Reported in an IHS Global Insight document, the jobs produced by shale gas, in 2015, should total over 800,000, and contribute over $100 billion in economic output (and this is just in the USA alone). The report further states that direct and indirect jobs created as a result of fracking will likely exceed 1.6 million by 2035 (this, too, only represents America’s development)(2)(3).

Canada looks to reap huge profits from the fracking boom. Solely under the surface of British Columbia, natural gas reserves are estimated to be in upwards of 2,933 trillion cubic feet(4). If a number that large is difficult to wrap your head around, it’s about the same volume of fluid that could be contained in 33 billion olympic swimming pools. And if that still doesn’t make comprehension any easier, then that means you’re beginning to understand just how large the quantity of natural gas located under Canada is. According to the Minister of Natural Gas Development, Rich Coleman, this quantity of natural gas is enough to support development and export operations for over 150 years; and this should hopefully be enough time for society to develop a viable means of sustaining our energetic demands with renewable energy(5)(6). The benefits of fracking extend nationwide, where opening natural gas mines have the potential to save the maritime provinces from their lacklustre economy(7). It seems as though no matter where you place a fracking well, quantifiably large sums of money are extracted along with natural gas. 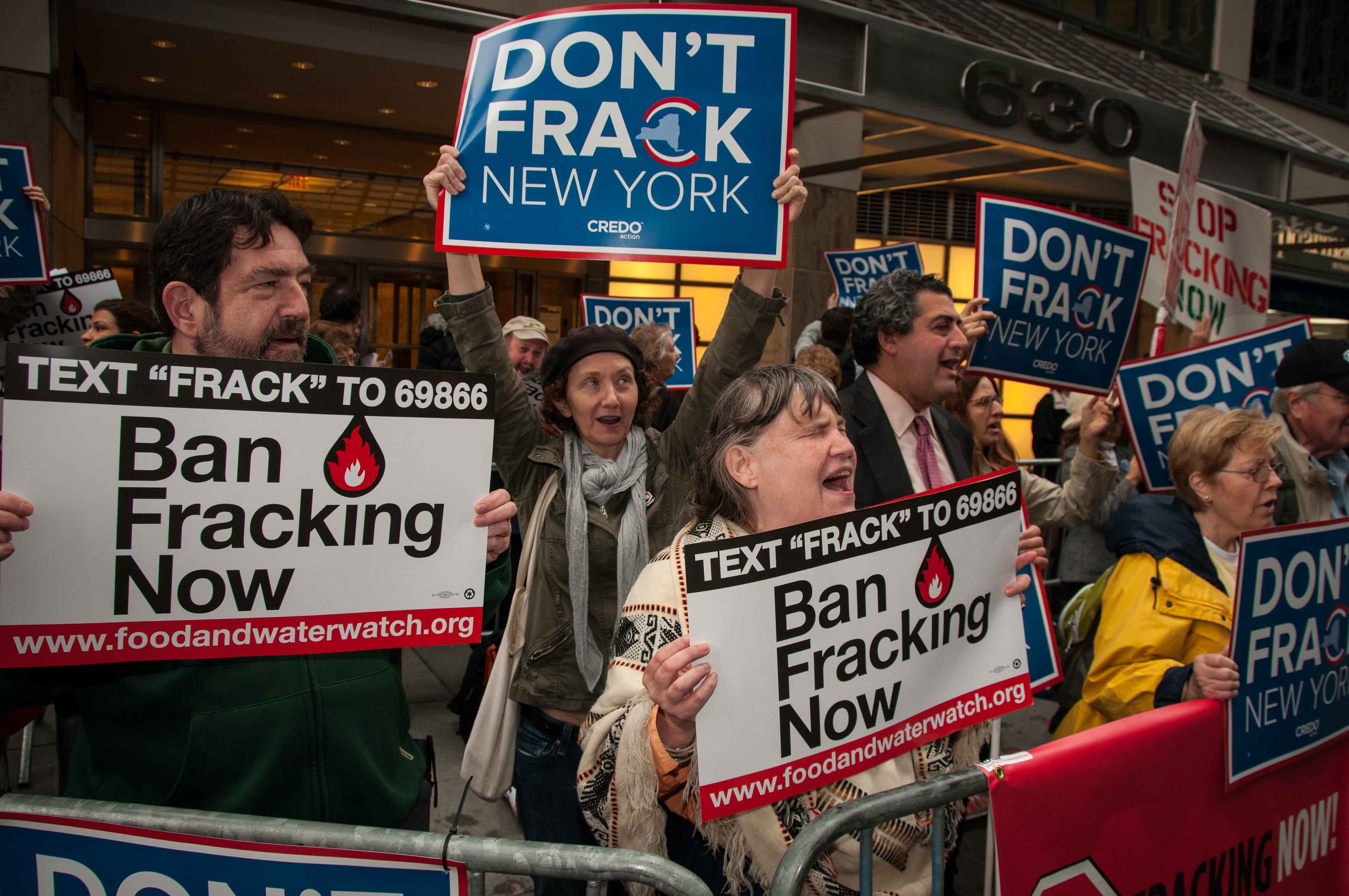 With all of these fantastical fiscal prospects, it truly pains me to report that fracking’s positive financial output is more than offset by its negative environmental, geological, and medical effects. For years, only speculation and personal anecdotes have surfaced regarding the detrimental impacts that fracking produced — however, scientists have listened to the public outcry, the data is finally in, and the outlook for fracking is rather bleak.

Earlier in this post I detailed the basic overview of how natural gas is extracted during a fracking operation — and if you were particularly keen or skeptical, you may have already formulated some questions regarding the environmental impact of this whole enterprise. Namely, what happens to all of this water being used? Although the chemical additives in fracking fluid amount to only 0.5% of its total composition — the compounds found within are rather alarming (at any concentration). Until recently, it was extremely difficult to get a hold of the makeup of any given mining company’s fracking fluid because the composition was protected as a “trade secret”(8)(9)(10)(11). This led to only speculation regarding the potentially hazardous components of the fracking slurry. It’s easy to understand why these mining companies are trying to keep everything so hush-hush, because when a profile of fracking fluid is leaked the the public, we get alarming studies which show us that:

In that same year, the United States House of Representatives released a study showing that a large quantity of the 652 different chemicals used in fracking fluid (with adverse effects detailed above) are known carcinogens, stating:

You’ll notice that the above quotes use the terms “could affect” or “possible” quite liberally. So in efforts to dispel any potential skeptics regarding the dangers of fracking fluid, I took the liberty to conduct my own research and uncover many known human carcinogens found within the slurry. After a light skimming of the literature, I came across formaldehyde, sulphuric acid, benzene, and ethylene oxide (just to name a few)(13)(14). These chemical compounds stick out because they are characterized under Group 1 by the International Agency for Research on Cancer — this means that there is sufficient evidence to support the claim that these chemicals are carcinogenic to humans(15). That is to say, these chemicals transcend potentially causing cancer — we know that they do cause cancer. I found the presence of these chemicals after a quick browse, spending hours sieving through hydraulic fracking documents would likely uncover numerous other proven carcinogens present within the mixture. 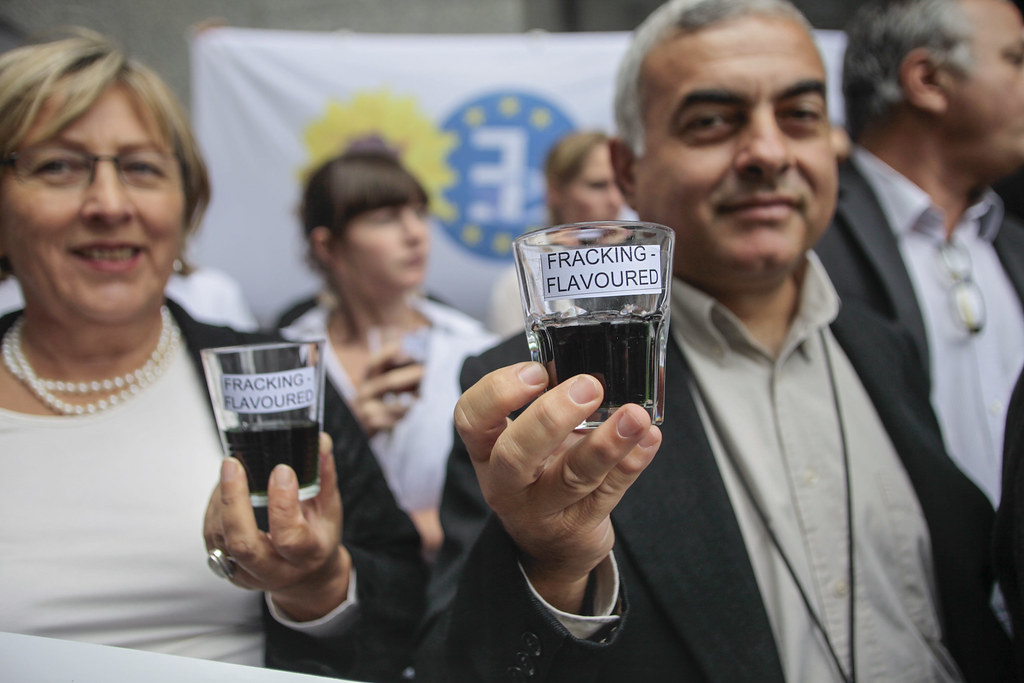 Now, the content of fracking fluid is not a problem — or rather, it wouldn’t be a problem if seepage, leakage, and contamination were a non-issue. But, being the keen reader that I know you are, I’m sure you’ve already made the correct assumption that fracking wells have the tendency to leak from time to time.

Studies show that residences closer to fracking wells have significantly more methane gas (along with numerous other gases that act as a signature of the local well) present in their tap water — with upwards of 6x more methane (an extremely flammable and asphyxiant gas) present in the “potable” water of close houses relative to houses farther away(16). Aside from studies, there are numerous videos online demonstrating homeowners turning on a tap, holding a lit match to it, and having a fireball ignite before the camera exhibiting the flammable nature of the methane gas present in their water supply(17)(18)(19).

News is now surfacing of shady mining protocols being enforced by large companies (though, I guess that’s not really surprising news…). In 2014, the Center for Biological Diversity received a copy of a letter sent to the EPA by the California State Water Resources Board. In a press release, the Center for Biological Diversity revealed extremely unsettling findings from this letter:

The wastewater entered the aquifers through at least nine injection disposal wells used by the oil industry to dispose of waste contaminated with fracking fluids and other pollutants. The documents also reveal that Central Valley Water Board testing found high levels of arsenic, thallium and nitrates — contaminants sometimes found in oil industry wastewater — in water-supply wells near these waste-disposal operations(20).

Let’s go over that quote: Nine of the eleven decommissioned fracking wells were illegally disposing of contaminated fluid into aquifers protected by the Safe Water Drinking Act (SWDA). And in these aquifers, arsenic, a Group 1 carcinogen, was found in concentrations 4 times higher than the EPA’s standard for drinking water — and nitrates, toxic to humans and marine life, were found in concentrations between 5 and 13 times what is deemed safe by the EPA(21)(22)(23).

So how are fracking companies able to get away with these ridiculous transgressions, especially when the nearby aquifers are protected under the SWDA? Well, it conveniently turns out that, in what’s known as the Halliburton Loophole, hydraulic fracturing is completely exempt from all regulations set forth by the SWDA after congress amended the act in 2005 — and thus, any sludge that happens to manifest itself in underground water supplies is seen as an unfortunate occurrence and mere collateral damage(24).

Along with contaminating water supplies, hydraulic fracturing operations seem to have the strange tendency to increase seismicity around their wells and natural gas deposits. That’s right, the fracturing of shale rock formations deep in the earth’s surface is causing earthquakes in towns and cities across North America. Ever since fracking-well erections began to take off in the 90s, claims of earthquake activity has circulated, but no substantial evidence was ever put forth. However, on Thursday, April 23 2015, a news report was released by the United States government confirming that recent earthquakes, in regions that have historically low seismicity, have been the result of increased hydraulic fracturing operations(25). One state listed in the news conference stands out among the others: Oklahoma. This link shows the increase in natural gas extracted from shale since 2007 — note the 8-fold increase along that timeline(26). Compare that to the U.S. Geological Survey’s website which illustrates the massive rise in earthquakes and how it is proportional to the amount of fracking wells developed in the state(27). Now, of course, this is purely correlational — however, recent publications are putting forth evidence that fracking is causing these earthquakes rather than being a mere coincidence(28)(29).

So what’s the next step? Well, I’m not naïve enough to say that all of our energetic demands are able to come from renewable sources (at this present time in history, at least) — but I am wise enough to understand that many of our current methods of sequestering natural gas are resulting in more damage than benefit. We are an energy-addicted society, and it seems as though our energy consumption patterns won’t be changing any time soon. I certainly believe that fracking has the potential to quell many of our energetic concerns, but just not in its current form.